Established in 1857, St Mary Cemetery in Elyria, Ohio holds a special place as a historical marker within the local community. The cemetery is the largest representative of the Cleveland Catholic Cemeteries network in the city. Kotecki Family Memorials leads the region in providing cemetery markers, monuments, and memorials to the Catholic faith community. St. Mary Cemetery Memorials feature numerous Kotecki stonework among its’ historic markers and headstones. 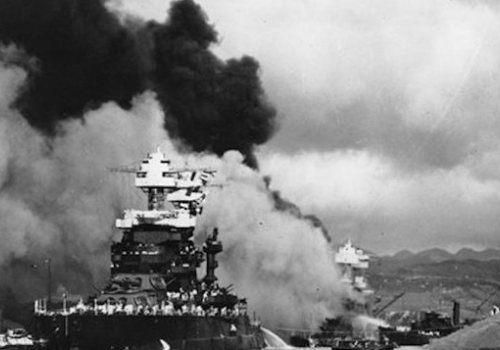 In 2016, a 75-year war story concluded as Elyria Sailor Rudolph Piskuran came to rest among St. Mary Cemetery Memorials. The son of Hungarian immigrants William and Julia Piskuran, he was a 1940 graduate of Elyria High School before enlisting in the United States Navy.
“Rudy” was just 19-years-old when he died as a proud member of the USS Oklahoma. On December 7, 1941, Japanese airplanes torpedoed and capsized the battleship killing 415 sailors and 15 marines aboard.
The attack launched the United States into World War II.

In April 2015, a change in policy by the Department of Defense allowed for previously unidentified remains of Pearl Harbor victims to be exhumed and examined through DNA testing.
According to reports, Piskuran had originally been buried in a mass grave at the National Memorial Cemetery of the Pacific.

There are many options to memorialize your loved ones at St. Mary Elyria including traditional memorials, upright memorials, mausoleums, and cremation.

St. Mary Cemetery Memorials Elyria must adhere to material, size and elevation standards set by the cemetery association. Each Kotecki professional has the knowledge and expertise to create a custom-designed memorial  to approved specifications.