Located in Geauga County, All Souls Cemetery in Chardon, Ohio represents over 63,000 interments within the network of Cleveland Catholic Cemeteries. The 115 developed acres features 7 mausoleums within the sprawling hillsides and gardens. The Kotecki Family are leading providers of All Souls Cemetery memorials, markers, and monuments with over 120 years of professional and respectful service. 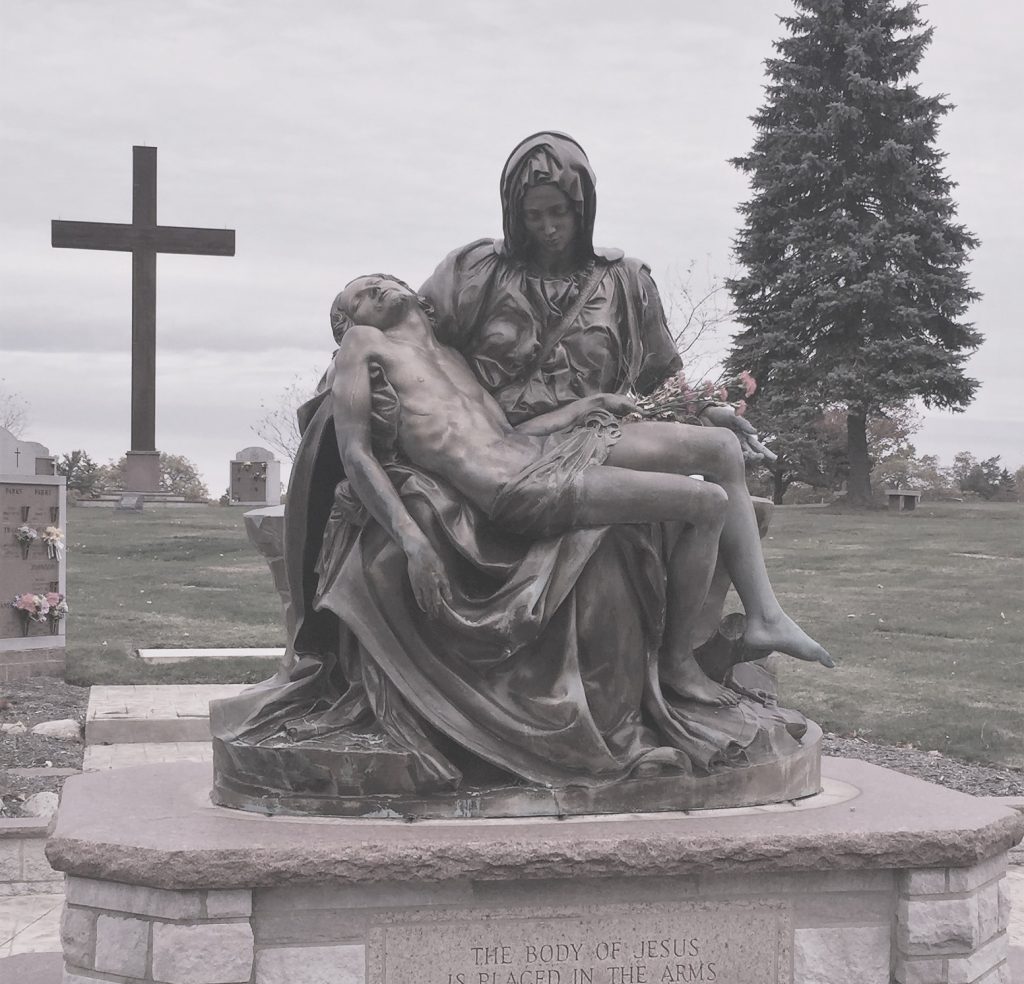 Bronze Pieta Cast At All Souls Cemetery in 1964

The Kotecki Family was commissioned in 1964 to construct a replica of Michelangelo’s “Pieta” for All Souls Cemetery. At the time, President Edward Kotecki designed the project to be cast in bronze for enhanced detail. It was the first ever “inch-for-inch” replica created from the famous original. Portions of the monument were shipped direct from Italy to Chardon. The casting weighed 3,000 pounds and took one year to complete.  The original, crafted in 1498, depicts Mary holding Jesus and is housed at St. Peter’s Basilica in Vatican City.

There are many options to memorialize your loved ones at All Souls Cemetery including traditional memorials, upright monuments, and mausoleums.

All Souls Cemetery Memorials must adhere to material, size and elevation standards set by the cemetery association. Each Kotecki professional has the knowledge and expertise to create a custom-designed memorial  to approved specifications.

All Souls Cemetery Homepage
– Over 61,000 memorials added to the directory.